To those
who innovate

Home > Stories > To those who innovate

Mark Francis turned his passion for cooking into a business, with the help of the culinary program at LCCC.

If Mark Francis was asked to describe his time at Lorain County Community College in one word it would be epic.

Francis, from Lorain, is earning his associate of applied business in hospitality & tourism management degree, majoring in culinary arts, and while he was in school he started his own catering company, Luxurious Concepts. He hopes to one day have a company of traveling chefs.

“At first I didn’t think I could actually go back to school because I had been out for so long,” Francis, 30, says. “Yes, I could cook but I wasn’t sure I could do it at such a high level.”

But Francis, a graduate of Admiral King, was determined to overcome his doubt.

“I wanted more out of life, I couldn’t see the light at the end of the tunnel doing what I was doing,” he says. “I knew in order to become something more, I had to do more.”

Francis was working as a coating technician for Oerlikon Balzers. He enjoyed it but it wasn’t his passion. He knew what he wanted to do forever – be his own boss. Francis had already started one company, a business called Luxury Entertainment that provides music and entertainment for formal events. Francis thinks he was born to be an entrepreneur, but his business alone couldn’t support him.

“I had bills like everyone else in the world and the entertainment company wasn’t paying like I would have liked it to,” he says.

So Francis kept his full-time job at Oerlikon Balzers, but he had another idea brewing. Francis, who comes from a family of great cooks and has always found joy in cooking, was considering a career in culinary arts.

“Cooking makes me feel calm, happy and creative,” he says. “But the real joy is the look and respect that comes from those who taste my food.”

“LCCC was close to home with many different opportunities and very kind and understanding staff,” he says.

And it was those staff and faculty members who helped Francis believe he could go back to school and be successful.

“As time went by and my teachers stayed helping me, I grew the confidence and knowledge I needed,” Francis says.

But Francis’ entrepreneurial spirit felt trapped. It was as if he still had one foot stuck in that tunnel he wanted to escape.

“I was waking up every morning to be at a job at 2:45am as well as going to school after work and I told myself that I did not want to work for someone else all my life,” he says.

While Francis worked toward his degree, he thought a lot about starting a second business, this time, combining his education and his passion. His instructors had confidence in him – and he had a newfound confidence in himself – but Francis was still looking for that last little nudge.

“I sat in my car and asked God to send me a sign if should work for myself or stay at the job I was at,” Francis says.

Two months later the pandemic hit. His employer started cutting workers’ hours and laying some off. It seemed to be the sign Francis was looking for.

“I told myself chances makes champions so at that moment I decided to work for me,” he says.

Armed with the knowledge he had gained in the culinary arts program and the confidence his instructors had instilled, Francis quit his job and launched his second company – Luxury Concepts.

“Cooking is something I love to do so I decided to use the necessary knowledge and skills I learned at LCCC to start my own business,” Francis says.

Francis got another boost of confidence just before graduation when Lakehouse Catering – the company catering the NFL Draft in Cleveland – accepted him as an intern for the three-day event.

Francis spent those three days making cherry wood-smoked pulled pork, raspberry hazelnut linzer, and boudin balls. And with his business cards in his pocket, he made connections too.

“I was offered a full-time job by Lakehouse to be a traveling chef,” Francis says.

He starts as soon as he graduates, and Francis says the position is perfect for him – one day he’d like his business to operate just like Lakehouse.

“One day I hope to have a team of traveling chefs who can eventually branch off and become entrepreneurs themselves,” Francis says. “I want my chefs to try different food and ingredients have fun and most of all be free — because you can’t know what’s out in the world unless you move around in the world.” 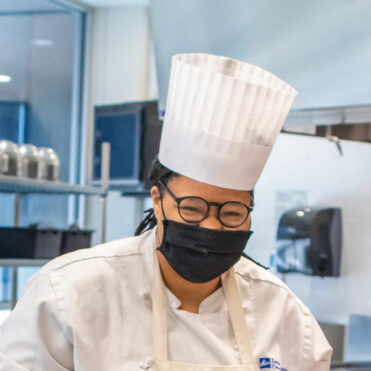 To those
creating a path
toward success

Iesha Newson is cooking up a successful culinary… 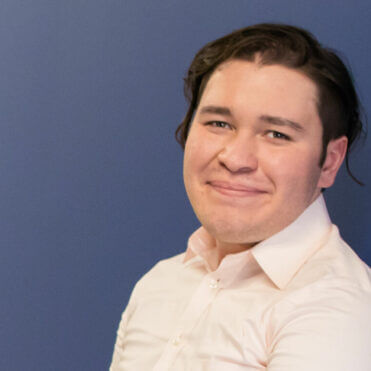 To those
who feel
called to serve 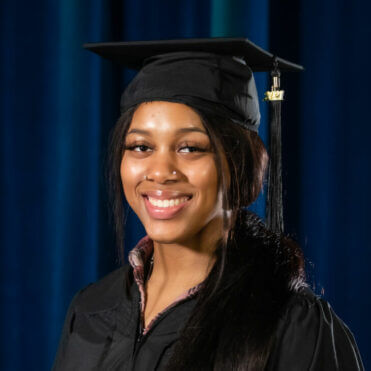 To those
who are
driven to succeed

Zaria Todd stepped outside her comfort zone to…