Kyle Zacharyasz was standing outside the special education resource room at North Ridgeville Academic Center. There were half a dozen children in the classroom where he was student teaching and Zacharyasz hoped that in the short time he would be with them – about three months – he could help each learn one thing. They can do great things.

“I want show them what they’re capable of,” Zacharyasz said. “Every student in that resource room is capable. You just have to bring out those things that make them tick.”

And Zacharyasz says he can bring out that potential by connecting with his students.

“Once you make that personal connection, they will grow so much better in the classroom,” he says. “Some kids like basketball, some kids like video games, some kids like movies. I learned those things about them, and I personally connected first. That got them to open up to me.”

Zacharyasz says once those lines of communication are open and he’s shown an interest in his students outside the classroom, instruction becomes more effective.

That’s the learning approach Zacharyasz plans to take as a new graduate of Lorain County Community College’s University Partnership program. This May, Zacharyasz, 26, is earning his Bachelor of Science in education, K-12 Intervention Specialist degree from Ashland University.

His journey into education as a career came a little later than he expected. The 2013 Buckeye High School graduate was a dedicated athlete, and academics came second, if that.

“I was a 1.9 grade point average student in high school,” he says. “Schooling was always on the back burner for me. Sports were way more important.”

After high school, Zacharyasz took a few years off, starting a landscaping company with a friend, and playing in a band. A different career was always lingering in the back of his mind, but he worried his past would follow him into the future.

“I knew I always wanted to be a teacher, but I didn’t think I could get through the schooling that it took,” he says.

Finally, Zacharyasz decided to give school another shot. And he picked LCCC.

“I originally chose LCCC because it was close to home and it was something I could afford,” he says.

Zacharyasz eased his way back into school, enrolling in one course in spring 2018. He got an A in the class and enrolled full time for the next semester at Ashland University, through the LCCC University Partnership.

“I ended up meeting some amazing people through the University Partnership who encouraged me to go to Ashland University,” he says. “I was also able to complete a lot of my coursework online.”

Zacharyasz says at that point, he knew he had what it took to complete the program, something still made it feel like a “sink or swim” moment in his life. Until, that is, he stepped into the classroom and began student teaching.

“I knew it wasn’t going to happen overnight,” he says of his transition into college. “But once I got in the field, during my second year of schooling, and saw the impact that I was making, it pushed me to want to get to the point where I’m at now.”

Where he’s at now is on the cusp of college graduation – the first in his family – with a perfect 4.0 GPA. Zacharyasz says his competitive side, the one that kept him excelling at sports in high school, came out once again, but this time he was focused on his education.

“I wanted to accomplish something that even I knew was going to be hard for me,” he says. “Four years of schooling seemed so far away, but I focused immensely one semester at a time. It was not easy, but I continued to prove to myself day in and day out that I could accomplish this goal.”

Now Zacharyasz is ready to start his career and show his future students who might struggle in school, like he once did, that they can do anything they set their minds to. And that their teacher is here to see them through whatever obstacles might be in the way.

“We’re not just educators, it’s almost like we’re life coaches,” Zacharyasz says. “If you show those kids you’re vested, they’ll return that back to you.”

“I originally chose LCCC because it was close to home and it was something I could afford.” 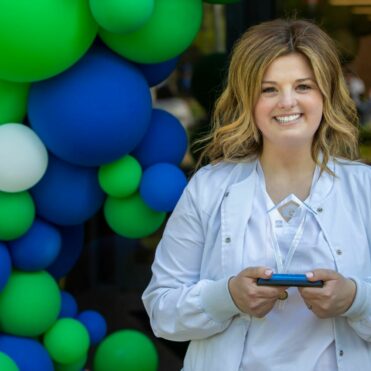 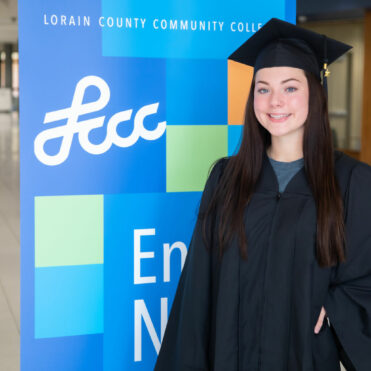 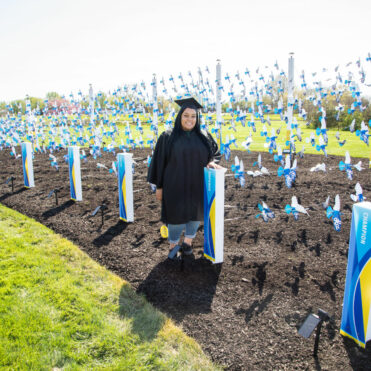